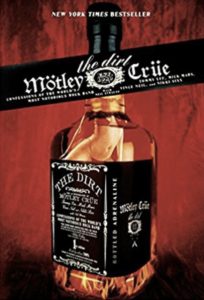 This is the latest article from Neil on writing. If you want to create compelling, unputdownable writing. And feel fulfilled by the process, read on below:

This one will make you squirm.

But if you’ve read the other blog posts in this series, then this fact isn’t surprising.

I’m excited to hear that the first three tips have already inspired some of you to take action on your writing dreams. To quote just one response:

“The advice in your last post totally gave me permission to write what I wrote tonight. It’s exactly what I needed to hear.”

Permission. That is a key word. Give yourself permission instead of criticism and shame.

Hopefully today’s tip gives you a little more permission, because it’s asking a lot from you…

If you are writing anything, whether it’s about your own life or your ideas, you must pass the hard test that so many celebrities who’ve asked to do books with me have failed.

If they’re not willing to follow my most uncomfortable but crucial rule, then I refuse to work with them, no matter how famous they are…

I know I’ve done my best writing when it’s so honest that I’m embarrassed to put my name on it at the end. When I’ve said the things that I’m too scared to tell my friends. The kinds of secrets I thought I’d take to the grave.

If you’re the subject of your work, and arguably you’re always the subject because it’s you who’s writing it, you have to be willing to get in the dirt. Be ruthlessly honest, and tell the whole truth. Despite fears of looking bad or being judged in the eyes of those you love. Especially if you’re writing your life story, all the skeletons in your closet have to come out.

Because all the parts of you, and your life, that you’re not proud of—those will be the best parts of your writing.

We’re all fallible and flawed and wrestling with private demons, but so few people are honest about that fact. All we see on social media are the glorified, filtered versions of each other. And it’s dull.

Perfection is not lovable, interesting, or even real. What distinguishes any person and makes them fascinating is their imperfections. Their humanity. So, show your vulnerabilities and flaws. And when describing someone else, or a character, lean toward theirs as well. Same with your ideas. Go there!

Perfection is not lovable, interesting, or even real. What distinguishes any person and makes them fascinating is their imperfections. Their humanity.

Don’t be predictable. Make the choices that are scary for you.

And if you’re going to go there, go all the way. Don’t try to appeal to everybody or make it easier on yourself by being vague and generic. As Carl Rogers said, “The personal is the universal.”

As Carl Rogers said, “The personal is the universal.”

This is a bit of a paradox. In trying to appeal to everyone, you appeal to no one. But the more specific you are, and the more honestly you share your experience, the more people it will reach, and the harder it will hit. They will feel connected and compelled to keep reading.

In my career, I’ve helped celebrities feel comfortable sharing things they’ve never shared before. In the process, some of them blew through packs of cigarettes, lost sleep, and called me the next morning in a full-blown panic, second-guessing whether or not they should have told me what they did. Terrified about what their family or future kids would think.

After talking so many of them down off the ledge (literally, one even threatened to kill themselves if the book came out), when I wrote The Game and The Truth, I had to swallow the bitter medicine I’d been prescribing to all those brave souls. I had to wrestle with the same vulnerability and fears of judgment.

And in the end, I discovered two interesting things…

The first was that it was actually much easier, and fun, to confess secrets on paper than it is in person (although this may have been due to convincing myself that no one would read them), in part because you can thoroughly contextualize everything.

The second is that the things you think will upset people usually never do. It’s often some seemingly insignificant detail that ends up causing controversy. This has been true of every single book I’ve written.

As for that celebrity who threatened to kill themselves, they later apologized for over-reacting – and there wasn’t a single scandal when their painstakingly honest book was released.

So, don’t bother worrying how people will react to your secrets. Because, more often than not, they will applaud you for your bravery and openness. And yes, some will criticize you, but as we’ve said before, all great art is polarizing.

Of course, you aren’t all planning to write personal works. So here’s some advice that translates to every project:

Don’t save anything for later. Assume it’s the only book or screenplay or article you’ll ever write. Don’t be afraid of putting “all the good stuff” into one package.

After all, if this is not the best, most honest thing you’ve ever written, there may be no “next one.” And by the time the next one comes around, you’ll have new ideas and experiences anyway to share.

Finally, if you’re wondering whether or not you’ve succeeded with this tip, check to see if your palms are sweating, your stomach is turning, or your heart is pounding when it comes time to share your work.

If the answer is “Yes,” then congratulations…