Neil Strauss is a ten-time New York Times best-selling author. His books, The Game and Rules Of The Game, for which he went undercover in a secret society of pickup artists for two years, made him an international celebrity and an accidental hero to men around the world. Both books topped The New York Times best-seller list and were #1 on Amazon, and the former has the dubious distinction of being the most stolen book at Barnes & Noble besides The Bible.

In his follow-up book, The Truth: An Uncomfortable Book About Relationships, Strauss dives deep into the worlds of sex addiction, non-monogamy, infidelity, and intimacy, and explores the hidden forces that cause people to choose each other, stay together, and break up.

He was a music critic, cultural reporter, and columnist at The New York Times for a decade, where he won the ASCAP-Deems Taylor Award. He has also won awards for his cover stories for Rolling Stone, for which he’s well-known for earning the trust of some of the most guarded and secretive celebrities in the world. These interviews were collected in his best-selling book Everyone Loves You When You’re Dead.

His book Emergency, which Rolling Stone described as “an escape plan” for a “world in crisis,” spent three months on the New York Times bestseller list and cemented Strauss’s reputation as, in the words of Maxim magazine, “a George Plimpton for the 21st century.” While going undercover during these books, Strauss has been named everything from the best pickup artist in the world (by Associated Press during The Game) to receiving the Presidents Volunteer Service Award (for his search-and-rescue work during Emergency).

Strauss has also contributed to Esquire, Maxim, Spin, Entertainment Weekly, Details, The Source, New York Newsday, and many other magazines and newspapers. He began his career on the staff of Village Voice while still a college undergraduate. In 1990, also while in college, he edited the book Radiotext(e) for the publisher Semiotext(e). Since then, his work has appeared in over thirty books.

Beyond journalism, Strauss has acted in everything from Curb Your Enthusiasm to rock videos by Beck and 30 Seconds to Mars. And he has appeared on The Jimmy Kimmel Show, The View, The Carson Daly Show, and dozens of other talk shows. He has written liner notes for albums by Nirvana; performed on albums by Marilyn Manson; and DJ’ed at clubs around the world. He also hosted his own interview show, The Inner Circle with Neil Strauss, on SiriusXM. And has written television shows for HBO, FX, and Cartoon Network. 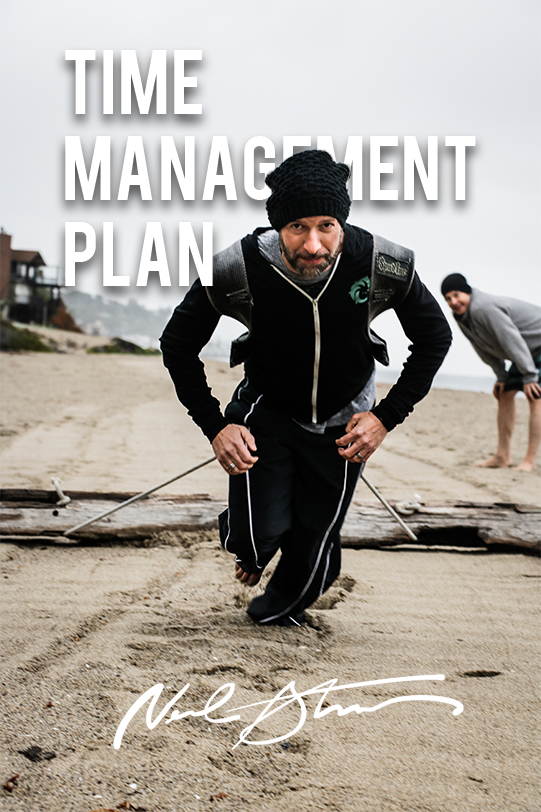 JUST ENTER YOUR EMAIL TO GET MY 10-DAY TIME MANAGEMENT AND PRODUCTIVITY COURSE.

Thank you! You're on your way to BIG things!

Your email will NEVER be shared.