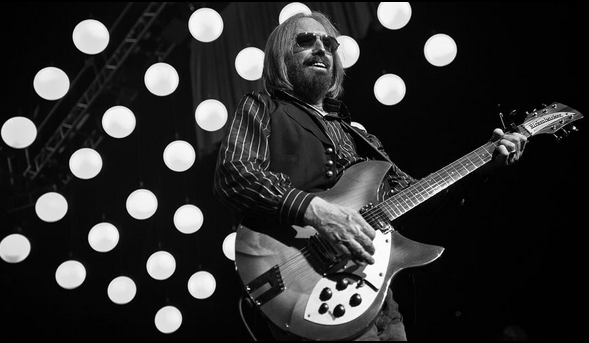 Tom Petty sat in his Malibu home on a warm summer afternoon, sipping from a mug of cold coffee and wearing a suede fringed jacket, brown moccasins, and black socks. From a distance he looked like he hadn’t changed in a quarter of a century, but up close his face was etched with deep lines of experience. Only his pale blue eyes (which he rarely made eye contact with) and a sporadic sheepish smile betrayed signs of vibrant life. Every few minutes, he arched his back like a cat, extended his arms into the air as far as the would go, and stretched his bones. He then froze in that position for several awkward seconds, occasionally dropping his cigarette to the floor.

This is the longest amount of time that’s ever elapsed between albums for you. What took so long?
TOM PETTY:  You know, that didn’t occur to me until recently. I don’t know if I was just fed up with it all or what, but I just didn’t really feel compelled to run out and do another record. I just thought, “I am going to take my time.”  Then someone told me the other day that it’s been three years.

It’s actually been four years.
PETTY: Has it been? Four years? That’s a long time. I’m surprised that I waited that long. But I have to honestly say that I didn’t even notice the time going by. And it didn’t take long to make the record, just a few months. I guess I was touring and took my time writing.

“Saving Grace”?
PETTY: Yeah, that’s kind of how I see these times. There are a lot of people who aren’t sure who they are anymore, so they’re just trying to keep their head above water because things are moving really fast these days. There is a lot of information flying around and a lot of people staring into their palms (pauses). I don’t know why I took so long [between albums]. That really staggers me that it took so long.

I remember just before you moved out here, people were worried about you because you’d split up with your wife and were living in a shack somewhere.
PETTY: Yeah, I was living in a pretty rundown shack. I didn’t mind it. It was in a part of the Pacific Palisades in the woods. And I was living back there and had chickens and all kinds of shit. In some places, you could actually see the daylight coming through the walls of the cabin. But it was my bachelor pad, you know. I had a big adjustment to make, and maybe they were right to be worried about me. I had a lot of free time in that period, and it wasn’t the best period of my life. But I am through that. I came out the good side.

What was the wake-up call that made you try to clean up?
PETTY: Oh yeah, well you know, it was: One of us is dead.* It’s like “Shit.” yeah that’s a big wake-up call. I’ve lived pretty hard. I took an adult portion of life and squeezed it into a very short amount of time when I was younger. We lived hard, we didn’t sleep much, we traveled all the time. In this job, you don’t realize that you’re getting older. Then, probably around the time I got married again, I said, “I am going to try and act my age now.” I’m still coming to terms with it a little bit, but it’s not bad.

Tom Petty said this after losing his bassist Howie Epstein in our @RollingStone interview. Sad day.

What’s been the most difficult part to come to terms with?
PETTY: The thing that’s tough about it is you realize you have a limited amount of time left. That’s the first time that ever dawned on me: “Oh shit, you’re going to run out of time.” That’s one of the reasons I don’t want to spend the rest of my life touring. I’ve done it. You can do that and then look up one day, and a lot of your life has gone by and all you did was go around doing rock and roll shows.

Between the Internet, satellite radio, and satellite television, there are way too many media and promotional outlets now that take up artists’ time also.
PETTY: It’s more than I am going to deal with, I’ll tell you that. I am straight up. Actually, this is it for me. This is the last interview I am doing, because I have to live life. I can’t spend every day fulfilling the needs of the label or the media in order to promote the record. You know, I love the record and I really care about it, but there is a point where you start to not like yourself (laughs).**

I have tried to explain this to the label. I am sure it comes from the life I’ve lived, but my mind is so delicate that I can’t take being part of that. It’s just like hanging around after a show to meet people. I can’t do that.

If you’d embraced it more, you may have been even bigger, but you’d be much less happy.
PETTY: I say if things were any bigger, I couldn’t deal with it. If I was more famous or more successful, it would be too much.

These pop stars today that really spend all their time promoting themselves, but that’s all they know, I feel sorry for those people because someday they’re going to look up and see what they spend their lives doing and it’s going to burn them out. Your shit will burn out. So this is it for me. This is the last interview I’m doing for a long time.

Look at the Sly Stones and Captain Beefhearts. They don’t talk to the press and they’re still legends.
PETTY: Yeah, I can see myself that way very easily. As a hermit out in Malibu.

*Bassist Howie Epstein, who died at age forty-seven from complications due to heroin addiction.

**Note that this interview was one of the few he’d done in years, and the record that he was promoting, Highway Companion, not only hadn’t been released yet, but he hadn’t finished mastering or sequencing it.