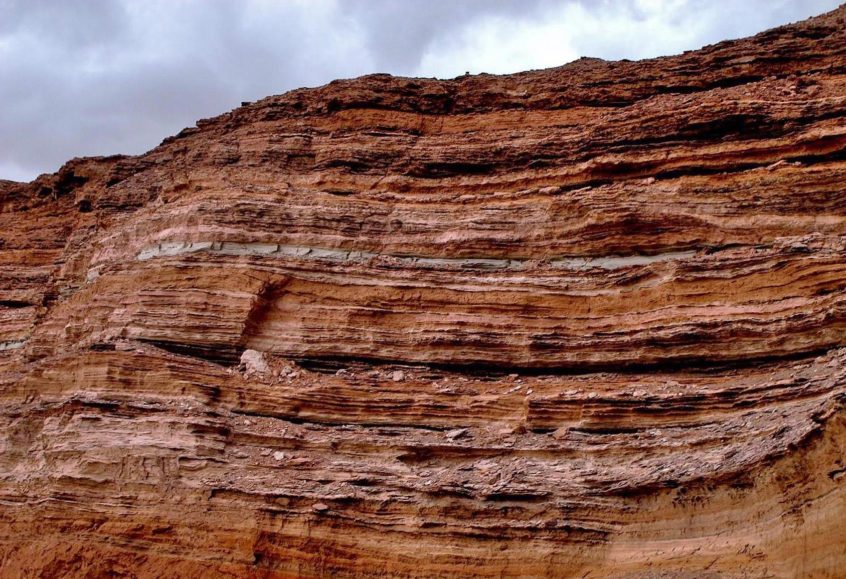 An excuse that sabotages your progress and your life–and it’s so common, even I’m guilty of making this excuse from time to time.

The excuse is: “I don’t have enough time to work on that right now.”

And by “that,” I mean a new skill, practice, thing to learn, or self-improvement goal that’s important to you.

Whether you’re too busy with your job or schoolwork or family or travel or partying or that big idea you’ve been working on, there’s a solution.

Before we begin, it’s important that you know The Law of Productive Relativity:

Your work will expand to fill your free time.

How to layer your activities to maximize your time.

Regardless of how busy people are or aren’t, they’re not likely to have “free time.”

This is especially true today when people think being on social media is work.

(Unless it is your job. But in most cases where people claim it’s “work,” it’s a way to procrastinate on the project at hand by working on the “marketing” instead.)

But here’s the value that layering offers:

Instead of “making” time for the new thing you want to learn, with layering, you can simply incorporate it into what you’re already doing.

If you want to work out, but don’t have the time to go to a gym, you can get exercise equipment or exercises that are designed to be used at a desk.

If you want to write a book or start a side hustle, work on it on your commute or go to lunch alone and get some work time in. There are people with busy office jobs who did just this and became best-selling authors.

If you want to get into The Game or improve your social skills, you don’t have to go to a bar or club. Simply talk to people while in the elevator, on a subway platform, or at lunch. If you’re already in the same vicinity as someone – don’t waste the opportunity to start a conversation.

If you want to work on your posture and health, get a standing desk. (Sitting is the new smoking, they say.)

And there are a ton of things you can work on while driving your car–singing, breathing, learning a new language–whatever. (Except for maybe eyes-closed meditation. Don’t do that while driving.)

Everything you do at all times can be a lesson or learning experience – if you choose to layer. Every time you open your mouth to speak to someone, for example, there’s an opportunity to:

And on and on.

‘I don’t have enough time to work on that right now.’ If you say that often, read this.

Sure, there are some exceptions to layering, like if you want to learn to fly a plane. But at the same time, you can be reviewing the manuals and listening to audio trainings during your day, every day.

To say that you ‘don’t have the time’ or think that you need to wait until you’re at a specific income level to do something — those are common and unacceptable excuses.

So if you want to start getting better at something today, especially in the field of personal growth and self-improvement, the first step is to stop telling yourself the false “time” story.

To get better at something today, 1st step is to stop telling yourself the false ‘time’ story.

The second step is to set the intention.

Do this by deciding: What do you most want to improve about yourself?

And now ask: How can I bathe my day in this thing I want to learn? How can I make it simply an extra layer to what I’m already doing?

The people I know who are masters of their craft – they are always doing this.

My friend Adam is a brilliant physical trainer and TV personality. To watch him move is almost like watching art. And this is because, whether he’s watching cartoons with his kids or waiting in line at a supermarket, he’s also consciously working on his posture, performing breathing exercises, doing squats, etc.

I remember I was once late to meet him, and he had his feet up on the bumper of his car and was doing push-ups in the parking lot while he waited.

If you’re thinking, “He probably looked like some kind of weirdo doing that,” my response to you is:

Who cares what other people think? You’re working on becoming a better person. There are few goals more noble or impressive than that!

There are few goals more noble or impressive than becoming a better version of yourself.

(And if you still care too much about what others think, then you definitely have to do this stuff in public: Because now you’ll be layering TWO self-improvement goals. And who knows, maybe it will also spark a conversation with someone interesting. So now you’re triple-layering)

The big idea is: While one part of your self is focused on the task at hand, put the part that isn’t being used to work on a parallel project. You want to get a six-pack? Then start doing crunches while reading this.

When I was interviewing Kevin Hart for his book, guess what he was doing while we were talking? Yep, he was on the ground using an ab-roller mid-interview. The interviews were just as great, and he got extra work-out time in.

I know others who, rather than going to a church or temple or center for their spiritual practice, simply pray or meditate or connect with their higher power during their downtime, whether they’re stuck on a plane or waiting for the check at a restaurant.

(The average American spends 2 to 5 years of their lives waiting in lines — that could easily become 2 to 5 years spent working out or meditating or journaling or building a second-income stream or reading books by Neil Strauss.)

You have to divorce yourself from the myth that you have to go to a special place at a special time and with a special intention in order to do something. You can ALWAYS be doing it.

Divorce yourself from the “time must be right to do something” myth—you can ALWAYS be doing it.

By adopting this “layering” and “gap-filling” approach to your development, you can put yourself on a rigorous course of self-improvement — without taking any time out of your busy schedule.

Everything you do can be retooled to layer in some self-improvement. The problem, in the end, is not time itself. It’s the user of that time.

To paraphrase Seneca: It’s not that life is short, it’s that we don’t use our time well. Life is very long and productive if you know how to use your time.

You just have to start doing it NOW.