You don’t need to have your life figured out, just yet…

We all spend way too much time worrying about the future and what we are supposed to be doing. We are stuck in a trap that lets us believe we should be exactly where we think we should be—a place where we have everything figured out, we’re on the top of the mountain, and basking in all the glory of life and our own success.

What we forget is:

We are exactly where we need to be in life.

If something hasn’t happened for you, it just means you’re not ready.

It means you’re getting the experience you need so you can kill it when you are ready—that is, if you ever are ready.

And you WILL be ready IF you do this one thing:

When you see other peoples’ success, don’t compare yourself. Just keep learning and have patience.

It’s a matter of constantly learning what part of you is missing that will allow you to achieve everything you want in life.

The major lesson is to be patient.

You have your whole life to become and create—as long as you’re aware, moving forward, and learning, you’re on exactly the right path.

It’s absolutely okay to not have “life figured out.”

There is a major difference between laziness and procrastination, with the majority of procrastination being caused by a fear of failure (a subject for a future blog post).

It’s easy to see others’ success, compare yourself, and feel bad.

As long as you’re taking action, learning, and moving forward, you’re where you need to be

Which is exactly why I’ve sourced this list of “patient people at the top of their game” (and some great failures):

At age 23, Oprah was fired from her first reporting job.

At age 24, Stephen King was working as a janitor and living in a trailer.

At age 27, Vincent van Gogh failed as a missionary and decided to go to art school.

If you hear a voice within you say ‘you cannot paint,’ then by all means paint, and that voice will be silenced.

At age 28, J.K. Rowling was a suicidal single parent living on welfare.

At age 30, Harrison Ford was a carpenter.

At age 30, Martha Stewart was a stockbroker.

At age 37, Ang Lee was a stay-at-home-dad working odd jobs.

Christian Dior founded Dior at the age of 41.

The late Alan Rickman gave up his graphic design career and landed his first movie role at age 42.

Steve Carrel got his big break at age 43.

Stan Lee didn’t release his first big comic book until he was 43.

Samuel L. Jackson didn’t get his first major movie role until he was 46.

Charles Darwin published The Origin Of Species at age 50.

Kathryn Bigelow won the Academy Award for Best Director when she made The Hurt Locker at age 57.

Winston Churchill struggled in politics and was defeated in every election until the age of 62 when he became Prime Minister of the United Kingdom.

This game of life is a marathon, not a sprint.

And here’s a few more inspiring examples of patience, setbacks, and triumph that Neil posted on his social media recently (written by improv instructor Shawn Westfall). 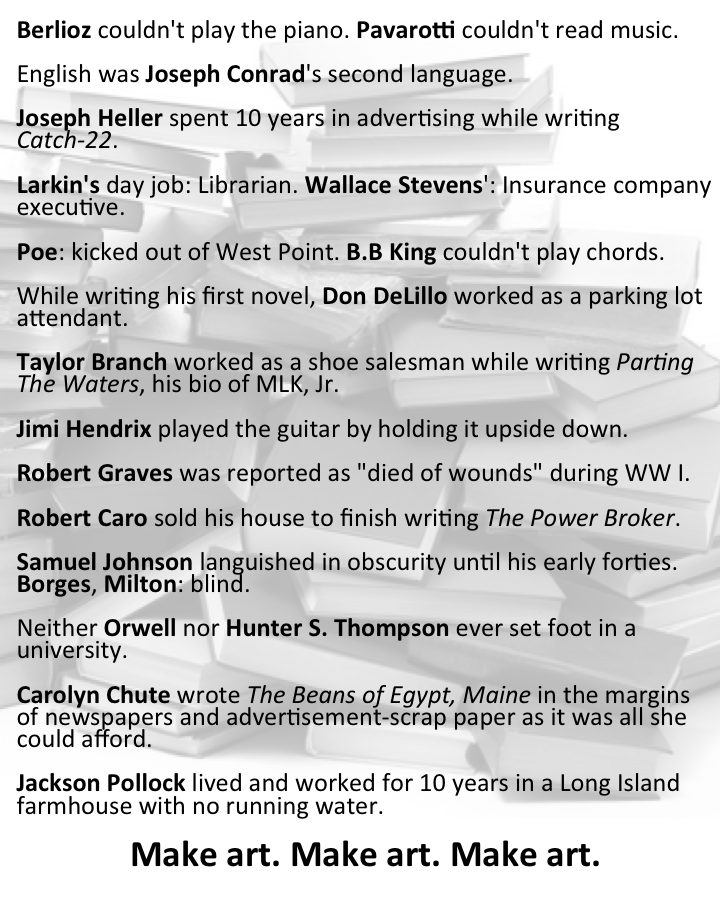 Keep your head up. Have patience. Keep learning.

While Neil is writing books, Richard Arthur is busy sharing his latest knowledge with readers. If you want to be on the inside, and learn the latest tools and techniques we are using here to improve our lives and the lives of others, then you’ll want to be part of this limited email distribution list. Click here while we’re still doing this.