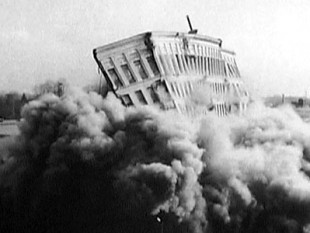 I frequently receive emails from people contemplating major career and lifestyle transitions. Their stories have many variations, but they typically have these elements in common:

Much of the time there’s also a pattern of stuckness that includes one or more of these elements:

Notice that the items on both lists are feelings.

Interestingly, when such a person finally does get unstuck and starts moving on a new career path, they frequently report the following:

Now here’s the rub. Sometimes the fears and worries the person originally had about leaving their old lifestyle actually do come to pass. They may have less money for a while. Some bills may go unpaid. Their fiancée might freak out and leave. They may lose their house.

Sometimes those experiences can be avoided, but other times they happen pretty much as expected.

Once the fear, worry, frustration and other negative feelings are replaced with more positive, forward-moving feelings like courage, relief, surrender, and freedom, an interesting shift happens. The shift is that the person stops resisting these events from happening and finally accepts that they may come to pass. Furthermore they finally realize that if the worst happens, they’ll still be okay.

That’s really the key to navigating these kinds of transitions. When you can resign yourself to accepting that your various fears and worries may indeed come to pass, when you no longer hold them over your head as something that must be avoided, you can make a smarter choice that frees you from the stuckness.

You may feel that your possessions and relationships are so important that you have to cling to them for dear life. But of course that isn’t true. The other side isn’t hell and death. It’s recovery.

If you’ve built your possessions and relationships upon an unstable foundation, then there’s a very good chance they’ll crumble when you stop straining to keep them in place. Let them collapse anyway. It’s okay to do that.

Some people view this situation as a disaster. It’s not. It’s an opportunity. Once your old world collapses, you can recover and rebuild. Now you have the chance to start fresh and do things more intelligently.

I built my first business on an unstable structure. I kept it going for years and finally threw in the towel on the old model. Predictably, the business collapsed. I had to break my office lease and sell off all the furniture and equipment. I got kicked out of my apartment because I couldn’t pay the rent. I couldn’t pay my bills or debt. I declared bankruptcy.

For years there was the worry that this might happen if I didn’t keep straining to keep the business going. And my worries were right. Pretty much all the stuff I worried would happen did happen.

But you know what? Going through that experience wasn’t really so bad. It was interesting. Some of it was actually pretty easy. Throughout most of it, I felt increasing relief and a renewed sense of freedom and possibility. All the old baggage was gone. No more office. Fewer possessions. Fewer obligations. No more debt.

Most of all, no more straining. Life became a lot easier.

I got a cheaper apartment and downsized tremendously. I became debt-free. I learned to live within my means. Those were actually good things. Where was all the hell and death? Those were just feelings. The reality wasn’t actually painful.

After that, I kept going with the same business but radically changed the business model. I avoided the earlier mistakes, and that business recovered just fine and worked great. It was profitable every year thereafter. But I had to go through the collapse first to reach that point.

Years later the same pattern played out in my marriage. I did my best to maintain an unsustainable path for as long as I could. But when the strain finally became too great, I threw in the towel and let it collapse. I recovered. My ex-wife recovered. We don’t have the same relationship we once did, but we’re still friends and not enemies. The worst case outcome wasn’t so terrible to live through.

By allowing my old lifestyle to collapse, I cleared the slate to build a new one.

And again, the worst part was resisting the collapse. Actually going through it was challenging at times, but it was definitely doable, and there was this increasing feeling of relief over time.

I’ve gone through this same collapse pattern on other occasions too, enough times to know that there will probably be many more iterations of this in my future. I don’t see it as a bad thing to be avoided. I see it as a natural part of living, learning, and growing. From time to time, these experiences are necessary to clear out the stuckness and start fresh.

If you’ve been feeling out of sync with your current work or lifestyle, and you’re currently straining to prop it up and keep it going, consider letting go. Try allowing the old world to collapse. Many or all of your fears and worries might actually come to pass, but that’s okay. You’ll cope with them, one step at a time. Other people have lived through something similar and felt better on the other side. You will too.

You can always make more money and repurchase possessions that you really liked. Better yet, you can replace those items with things you like even more. Or you may choose to live more lightly and not replace them at all.

For more from Steve Pavlina, go to www.stevepavlina.com/blog.