Self Reliance, it was one of the themes of Emergency. And it is a common topic of what it means to be a man.

Many would say it’s become a foreign topic to the modern man. As we become more and more reliant on the technological wonders around us we loose our grasp of the concept …Yet there are few topics so quintessential to men, modern or not.

We could use a little more…

So pickup an axe, leave your iPhone/Blackberry behind, and run off to the woods. But before you do, enjoy Nathaniel’s summary… 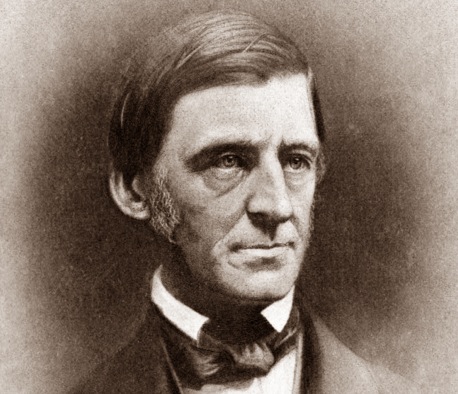 Philosopher and poet Ralph Waldo Emerson first published his perennial essay “Self-Reliance” in 1841. Part of the American Transcendentalist, argued for individualism and questioning of society’s norms. Many intertwined philosophical roots from The Game, pop Buddhism, and the counter-culture can be found in “Self-Reliance,” as it argues going against the grain, individual thought, focusing on the moment, and improvement of the self. It begins with the quote, “Ne te quaesiveris extra”—do not seek outside yourself.

“To believe your own thought, to believe that what is true for you in your private heart is true for all men—that is genius.” You have to speak what you feel, no matter how large the opposition may seem. Geniuses are the ones who are unafraid to voice our own rejected thoughts.

“I do not wish to expiate, but to live. My life is for itself and not for a spectacle.” Do not need the reassurance of others to be yourself. You have to do what matters to you, regardless of other peoples’ wants. As hard as a rule as that may be to follow, you must stick true to it, even when it seems that others know you better than yourself.

“Insist on yourself; never imitate.” Being yourself is the gift you can give to the world. “Every great man is unique,” and, if you conform to the rest of the world, you cannot achieve that greatness. You need to be an outlier.

In youth, we aren’t afraid to push the limits, to fail, to search for new paths. In adulthood, we lose that drive, constantly monitoring ourselves to be accepted by others. As we age, we conform more to the democracy that society necessitates; self-reliance combats that. You have to return to that youthful mindset.

Focusing on the Now

We cannot let the past dictate the present when it comes to ourselves, our cultures, or our religions. “History is an impertinence and an injury if it be any thing more than a cheerful apologue or parable of my being and becoming.” We have to explore the present moment for ourselves, not just accepting what the great minds of the past figured out about their own moments.

“I have no churlish objection to the circumnavigation of the globe for purposes or art, of study, and benevolence, so that the man is first domesticated, or does not go abroad with the hope of finding somewhat greater than he knows.” If you do not realize that your grass is just as green as everyone else’s, everywhere you go, you grass will always seem less green. You have to rid yourself of that brown-grass mindset. Maybe you are the person you envy, you just can’t see it yet.

Emerson then says one of his most famous quotatations: “Man postpones or remembers; he does not live in the present, but with reverted eye laments the past, or, heedless of the riches that surround him, stands on tiptoe to foresee the future. He cannot be happy and strong until he too lives with nature in the present above time.”

When you are present in the moment, there is not life, there is not death. There is no joy or hope or sorrow. There exists a paradox where everything becomes infinite through that singular focus; time does not matter if you are not contemplating its duration.

Nature, incapable of escaping the now, is self-reliant, ever healing, ever growing. It does not suffer. It just experiences and then reacts accordingly.

A man needs to be a nonconformist, not just accepting the rules and laws prescribed for him but questioning what about those regulations makes them good. “Nothing is at last sacred but the integrity of your own mind.” Your understanding of good needs to be honest and edgy, or else it falls into the middling ground that is complacency.

With each undying allegiance you make to a group or tribe, you are tying up your freedom of thought. Each relationship intangibly affects the others; one allegiance taints the rest of your mentality. It is about constant evolution. If you are letting yourself be absorbed in who you are now becoming, and not who you were, you have the greatest room to grow.

You need to untether yourself from people in your life. Be grateful for what they have given you thus far, and tell them as much, but you need to walk alone to be self-reliant. This way you can truly be yourself without having to worry about the judgments and expectations of others.

The best men are those who stand in the middle of the crowd but still maintain the freedom that their solitude brings, not those who turn to isolation.

Each man should know his worth, his capacity to transcend his current conditions and become something greater. Emerson references the fable where the drunkard was picked up in the street, taken to the duke’s house, put in his bed, and told that he was insane–that he was really the duke. “No and then [a man] wake up, exercises his reason and finds himself a true prince.” Your mindset determines your reality. Don’t forget you have that capacity: “But perception is not whimsical, but fatal. If I see a trait, my children will see it after me, and in course of time all mankind—although it may chance that no one has seen it before me. For my perception of it is much a fact as the sun.”

Emerson then turns to the topic of prayer. “Prayer is the contemplation of the facts of life from the highest point of view…As soon as the man is at one with God, he will not beg. He will then see prayer in all action.” The statement, taken away from its Christian context, is very Buddhist. Through meditation and reflection inwards, one can start to see the larger picture.

“Society never advances. It recedes as fast on one side as it gains on the other.” Society makes us reliant on other things: cars, computers, watches. If they were to disappear, how self-sustaining would each of us be able to be? (Emergency anyone?) “The civilized man has built a coach, but has lost the use of his feet.”

We live in a world of constant technological stimulation and input. We need to be able to take time to shut off and reflect inwards. Without doing so, we leave ourselves incomplete and uncared for. A lot of people go into relationships seeking that completion, when really it should be about wanting to share your whole self with someone else’s whole self.

“Nothing can bring you peace but yourself.” It is only with an understanding of yourself and how you see the world that you can find that both your best self and happiness.

Emerson also wrote a poem called “Self-Reliance” which I want to end with:

Henceforth, please God, forever I forego
The yoke of men’s opinions. I will be
Light-hearted as a bird, and live with God.
I find him in the bottom of my heart,
I hear continually his voice therein.
* * *
The little needle always knows the North,
The little bird remembereth his note,
And this wise Seer within me never errs.
I never taught it what it teaches me;
I only follow, when I act aright.
October 9, 1832.

And when I am entombed in my place,
Be it remembered of a single man,
He never, though he dearly loved his race,
For fear of human eyes swerved from his plan.

Oh what is Heaven but the fellowship
Of minds that each can stand against the world
By its own meek and incorruptible will?

The days pass over me
And I am still the same;
The aroma of my life is gone
With the flower with which it came.
1833.