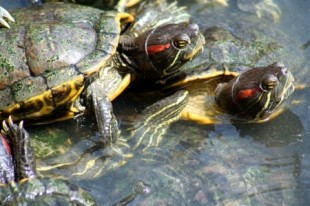 Short and sweet: What’s the difference between being controlling and protective?

I’ve been called controlling on many occasions by outsiders. However, for nearly every decision I make, I yield in whatever makes my girlfriend happy 95% of the time. The only time I ever step in is if a decision she makes can lead to physical harm (ie: getting drunk alone at a party of 50+ people) or if a decision she’s making will lead to mental and emotional unrest later (ie: being pressured into going to a movie by her parents on a saturday night, when she has two major assignments due monday and tuesday .. and she’s told her parents that her top concern is finishing those papers).

In both cases, she’s thanked me personally and honestly for keeping her on track. She has issues with organization and staying on track while studying, and she asked me to help keep her on track and focused. She asked me to help her with dieting and being healthy as well (eating healthy foods and exercising regularly). I’ve done both without doing more, yet people who are her friends accuse me of being controlling when in fact I’m helping her with her goals for which she asked for specific help.

From somebody who’s been around the block, what’s your opinion? I understand you might be writing a book, however I would very much like a response. 😉