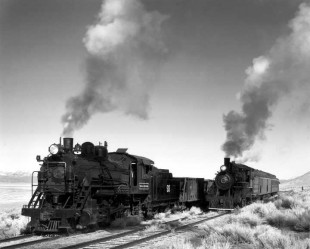 I recently heard from a Society Ambassador who shared a very cool success story with me.

The success was a direct result of one of the fundamental principles I teach in The Society. It’s something I’ve never shared publicly before. But it’s such an important concept, and has fueled so many successes in the program (and saved so many asses), that I want to pass it on to you. Hopefully, for some of you here in the Inner Circle, this will be landing at the right time in your lives.

If that is you, read on and let me tell you about…the Two Trains Theory.

So think of your current job as one train.

Think of what you really want to do—or what you want to do next—as another train.

And what most people do is they get off their current train, exit onto the station platform, and wait for the next train.

But usually what happens is they get stuck there, and eventually start running out of time (and money) as the trains on the platforms around them just whiz right past.

To return to non-metaphorical reality, they’ve underestimated the incredible amount of work required to get themselves to a level of success, satisfaction, and financial stability in the new job. And soon most of them find themselves very unhappy, returning to their old jobs (or doing something they like even less) for money, and having little to no free time to pursue their new direction.

Instead, if you want to follow the Two Trains Theory, stay on the train you’re currently on. Then, in whatever spare time you have, work to get the other train started. Start pursuing your new passion or new direction or passive income stream on the weekends, in the evenings, early in the morning, whenever you can.

Get that train moving faster and faster, and find out if you even like being on it. If you do, you’ll find that your energy will automatically redirect to fueling the engine of that other train. Pretty soon, it will be rolling and picking up speed. And one day, you will realize it is going almost as fast as your current train, if not faster. And that’s when you just take the simple step from your current train to your new train—with no waiting at the platform, no fear of having to go backward. You may have to straddle the two trains, with one leg on each for a little, but that’s a quality problem, to be so in demand.

And that brings me to my final point about this: It’s not just a metaphor. It’s always easy to get a new job when you already have one. You have much more value to those in your new career if you have to be stolen or poached from another job, rather than being plucked out of the unemployment line. Just like in The Game (or any reality show), when women are competing for you, you are less needy, have higher perceived value, act more confident, and are more likely to succeed.

I’ve seen it happen time and time again. In most cases (unless you’re working a 20-hour job right now in the mines of a remote island), if you do this, not only will your life be easier, but so will your chances of success.

Hope this is helpful and catching some of you at the right time.

See you on the express train…