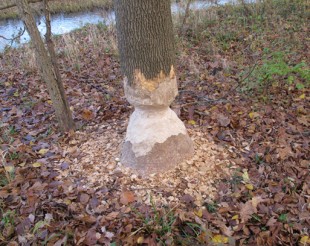 “There is no losing in Jiu Jitsu. You either win or you learn.”
—Carlos Gracie, Jr.
(founder of the Gracie Barra school of Brazilian Jiu Jitsu)

I got my first omoplata on a guy the other day. The omoplata is a shoulder lock submission in Jiu Jitsu that is pretty complicated for someone who has only been studying/practicing the martial art for three months. I was elated. Of course, I got it on a guy of equal experience, so it’s not much to brag about. In fact, people get much easier submissions on me on a regular basis. That’s the nature of the sport of Jiu Jitsu. Sometimes you manage to get the other guy (or girl) to tap out. Most times, the opposite happens.

It takes about ten years of serious training to get a black belt in Jiu Jitsu. That’s a lot of time to invest in something that you can’t really do much with. The irony of being good at martial arts is that you almost never get to use what you learn—either a black belt avoids places where he/she can get in fights, or a prospective opponent’s spidey sense says maybe not to mess with this one. So why bother? Indeed, why spend copious amounts of time, our most precious asset, on something that amounts to nothing tangible in the end?

As corny as it sounds, it’s the journey that matters. And who says tangible is what matters?

I’ve spent some time being a little negative in the last couple of posts—focusing on time sucks, things that I think waste our precious time. Now, I’d like to offer a conceptual suggestion as to how we might better spend our time, and I’ll use Brazilian Jiu Jitsu as the prime example.

The title of this post is “Chip Away At Something.” Let’s think about that. To chip away is to work toward the realization of a grand vision, one that will take years to achieve. Notice I didn’t say complete. The best things to chip away at have no end. They can go on forever. No matter, the endpoint is not important. There are so many other things to think about. What to chip away at is a good start.

The very act of choosing the right thing to chip away at forces us to flex our “empathize with a possible future” muscles.

In other words, we have to imagine how things can be in the future if we succeed—when we push through that last bit of the tunnel we’re digging. We also have to imagine how things might be if we fail—when we invest a ton and don’t succeed. The better we are at painting an accurate picture of the future we want, the more likely we are to commit to chipping away at making it happen.

There are many things we can possibly chip away at. Let me share with you my three criteria for good candidates:

1. You can never know it all or be able to do it all. There’s always someone better. This is important because it forces us to accept that we’re small. It keeps us humble, which makes us the kind of people other people enjoy. Finding success in life is precarious. Of course, we are happy when we achieve, but we can easily get full of ourselves. Having the right thing to chip away at keeps that in check. One Saturday, I got submitted 15 times in less than an hour by teenagers, housewives, and guys who weigh 40lbs less than I do. It’s hard to walk away from that thinking you’re all that and a bag of chips. Believe me.

2. There are no short cuts. It can’t be hacked. It’s not really chipping away if you can find a way to get to some point way down the path without walking all the steps in between. You have to work at it consistently over a long period of time to succeed. I suspect many of you have the hack life mindset, as I do. No worries. We’re just talking about deliberately choosing something because it can’t be hacked —because we know it’s good for us. I actually went into Jiu Jitsu looking for the shortcuts, the magic tricks, the little moves that I could master that would miraculously have me tapping out experienced guys in no time. Lucky for me, Jiu Jitsu is a pure meritocracy, which I was taught repeatedly on that glorious Saturday. The saying is, “the mat doesn’t lie.” You put in your time, and you get better. Blue belts beat white belts. Purple belts beat blue belts. Brown belts beat purple belts, and black belts beat everybody. The exceptions are few and far between.

3. You can find gratification at the lowest levels. This is key for obtaining and maintaining motivation. The first few weeks of Jiu Jitsu can be frustrating. You don’t know what to do and you spar every night. So you’re in combat, so to speak, completely clueless and you’re getting tapped out by people you feel that you should be able to crush. You’re so panicked that you have to tap sometimes just because you can’t breathe. But then that first time comes. Maybe you escape a submission, or you get your first arm bar. Wham, all that frustration melts away. And you can’t wait to go back and try again. If that happens, you know you’ve found something good.

A few examples of good things to chip away at are:

So what do we get out of chipping away at something?

1. PASSION. It makes you feel alive. Some kid’s book I read years ago had a character who said, “Everyone should have a thing. My thing is cars. What’s your thing?” The kid was right. Everyone needs a thing that they obsess about. If you’re smart, your thing is good for you. And investments in it pay dividends on multiple levels. You will find that whatever you choose to chip away at quickly becomes your thing. (And yes, you can have more than one thing.)

2. Social achievement. Yes, I mean girls. Being passionate about something that you’re chipping away at is electric. Girls can sense it. I almost included in the criteria for choosing something to chip away at that it has to attract girls. Most good things do. Alas, not many ladies are falling all over themselves for engineers. Not yet. In any case, if you have even a moderate game, you can convert your passion into interpersonal success. And beyond girls, you’ll make some of your closest friends as you chip away at your goal. Others who share the same goal will become your fellow travelers. A whole section at your funeral will be taken up by these people. Chipping away, even if much of it is solitary, massively expands your social circles.

3. Accountability. Can you pick something and follow through? This could be a post all on its own. I can’t emphasize enough how important it is in life to be able to point at something you want to be, set a course, and keep plugging away until you get there or die trying. The time spent on this kind of endeavor pays you back many times over. Again and again.

So as I draw this to a close, there’s one last thing to cover. The quants among you will, no doubt, wonder how much time is the right amount of time to dedicate to a pursuit such as this. I’d say 5-10 hours a week is sufficient. If you’re not above five hours a week, it’s not really a passion. It’s something you do occasionally. At five plus hours, if you’re training/practicing/receiving instruction, you’re making progress every week. That is essential.

But I would not go beyond 20 hours a week, unless you have the benefit of making your living at the same thing you chip away at. From a neuroscience perspective, there are many who believe that smaller amounts of time on a very regular basis produce the best results in terms of cognitive improvement and muscle memory improvement. So better to spend smaller amounts of time per session and to have lots of sessions per week.

I’ll leave you with this—at 10 hours a week, 50 weeks a year, it’ll take you 20 years to get to 10,000 hours, which is said to be the minimum requirement for mastery of anything. Can you imagine being a master of something? I hope so. It’s well worth your time.