Ragnar’s Urban Survival is a book packed with lots of information, but nearly as many faults.

Mr. Benson has managed to keep his exact whereabouts and real name away from public knowledge.

First things first, the book is poorly written. I am all for writing in a conversational tone, but in this case the author overdoes it. There are many phrases that get over-used to the point of doldrums like, “been there done that crew.”

There is no introduction that explains the context in which the book was intended; it was like walking into the middle of a conversation. You eventually get what the author is talking about, but you are left wondering what started the conversation in the first place. This is a rather important point, since the book was written as if warfare on United States soil was inevitable.

The lack of introduction also leaves readers wondering who this guy Ragnar is and how he came about his knowledge. From descriptions of his other titles, I get the sense that his background may be apparent only to readers of his entire collection, rather than being included in each book as an introduction or bio. 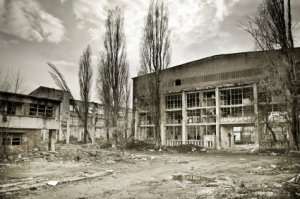 The book is written about Urban Survival and was presumably intended for an urban audience interested in survival. However, the author writes with a condescending tone, using terms like, “City Slickers”. In the very first chapter, he states that many people referring to wilderness survival are actually referring to, “recreational activities frequently practiced by elitist yuppies in SUVs.” Wait a minute. By most accounts, I am an SUV driving yuppy, minus the elitist part. Not a big deal, but annoying. After these statements, I was left feeling like the author had no real interest in the audience, but instead was concerned with padding his own pocket.

Ragnar Benson is also prone to providing erroneous information, such as silencers being illegal, casting his other information in a suspect light. If you have read, Silencers: Truth, Lies, and Zombies, I covered how silencers are not illegal.

Ragnar Benson brings in historical evidence of things that have and have not worked. However, the information is provided by the “been there done that crew” that never get referenced or even quoted.

Benson relays a lot of information and makes quite a few good points throughout Ragnar’s Urban Survival. Some of these points are the need for or importance of: secrecy as a prepper, silencers (in the context of the book), food storage, live stock options, caching, water. The list goes on.

The most important topics covered in Ragnar’s Urban Survival are; the Rule of Threes, the Rule of Survival Thermodynamics, and the importance of keeping your financial house in order.

The Rule of Threes in a nut shell is that for every major need (i.e. food, water, shelter, security

) you should have available to you “three separate and distinct methods of supply.” As a side note, the author claims the Rule of Threes originates with the Nez Perce Indians who strictly adhered to this philosophy and were extremely successful because of it.

The Rule of Survival Thermodynamics states that you should “never put more energy into a survival activity than is taken out.” It’s a pretty obvious point, but one that I had never heard put into such simple terms.

Keeping your “financial house” in order is a no-brainer in my opinion, but I am constantly amazed at how many people’s financial lives are a complete mess, regardless of income or socioeconomic status.

Benson’s section on nursing and medical attention is one of the better chapters of the book. The information given is specific enough that it is immediately useful without additional research.

I was left with mixed feelings about Ragnar Benson’s Urban Survival and whether or not I would suggest it to anyone. There is definitely a wealth of good information, but the poor writing, off-putting tone, and erroneous information makes it difficult for me to say it is worth reading. In the end, I would recommend the book because of the amount of information given and number of topics covered. However, I suggest that you fact check anything from the book before you try it.