It’s time to begin a new short series to help you all become even better life-hackers.

The topic: Kill The Interview (in a good way).

This applies to any business or career situation where you are meeting with someone who you want to get a “yes” from. Whether that yes is being hired for a job, getting a promotion, getting a project green-lit, an admissions interview, or whatever it may be.

It comes to you courtesy of one of a high-achieving Society 100 member. And this technique has gotten a lot of the Society’s Ambassadors incredible jobs.

He’s an interviewer who’d spent the last twenty years interviewing thousands of professionals. He interviewed undergraduate candidates, MBAs, industry professionals, and every other permutation you can imagine. He even consulted at top-ranked business schools and advised them on how to interview their potential candidates.

It couldn’t be simpler, and it goes against all available literature I’ve seen on the topic. 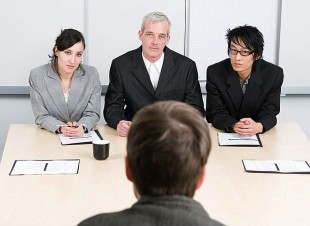 The first rule is probably the most counter-intuitive of them all: Whoever talks the most, loses.

When standing in front of an interviewer, our first instinct is usually to try and communicate how great of a candidate we are. We’ll go into lengthy details about our qualifications and everything we’ve done. However, we tend to forget one thing: most of that information is already on our resume. We don’t need to go through it all again.

But that’s not the main reason why talking the most makes you lose, though. Let’s examine the situation from the other side. Imagine that you just met a beautiful woman at your favorite venue, and she starts telling you about her day. She woke up a little late. Drank coffee. Ate some cereal. Took a shower. She texted one of her friends, and then went to work… where she wrote a report, printed some papers, and had a conversation about pot pies with her colleague.

How long would it take for you to stop listening? (You’re still paying attention, right?)

One reason why talking the most makes you lose is because all you do is communicate data without any calibration for who you’re talking to. You’re having a one-sided monologue about yourself, without trying to figure out whether the information is relevant to the listener. And in an interview, believe it or not, more details are actually NOT always helpful.

Think about it this way: Who has the power in a room: The person who is talking the most or the person who others are talking to impress?

Obviously, you will have to talk sometimes. But what should you communicate in an interview instead? And how can you flip the script so you’re not a try-hard and a blow-hard just selling yourself?

This is where the three primary themes come in. And using them will communicate the things about your personality that every company is looking for in their employees. Plus, you’ll immediately differentiate yourself from every other applicant you’re competing with.

In the next posts in this series, we’ll unveil the tools. Each of these alone is guaranteed to make a huge difference in the way you approach your interviews. And together they become a great strategy that will allow you to pass every interview with flying colors.

P.S. One thing that would help me determine how deep to go on this in the next post would be to know how interesting and useful this information would be to you. So let me know quickly by contacting me at [email protected] if these are tools you want or need. That will allow me to calibrate how much to share and in how much detail.