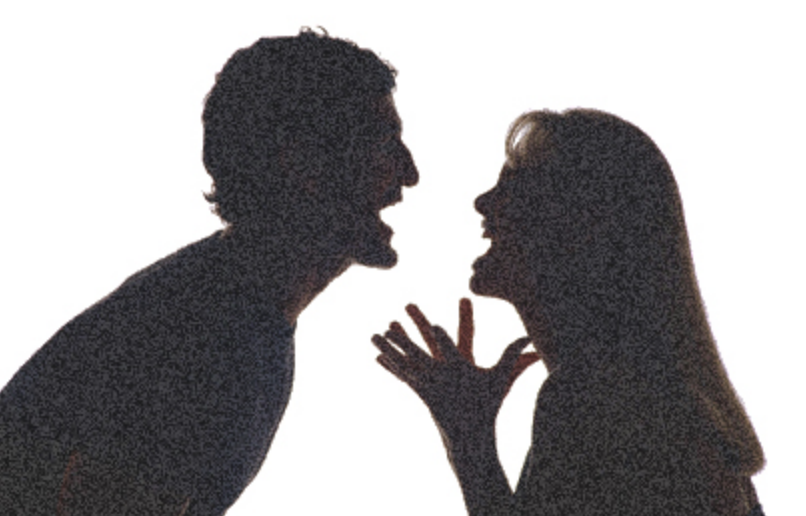 First off, I hope you stuck to the February Gratitude Challenge. If you did, I’m sure that it’s helped you forge a more positive outlook during your day-to-day life. For most people, this has proven to be a huge attitude adjustment. Especially on those tough days when you succumb to the illusion that everything is going wrong or the world is conspiring against you.

One thing I’ve been meaning to provide you for a long time is series on communication.

And that begins today…

I want to introduce a system of communicating that is:

2. Explained in a dull book.

3. Has some of the worst teachers in the world sharing it.

4. Yet despite all this, has the potential to massively improve your life and even change the world.

Reasons 1-3 are why 99 percent of you haven’t heard of it. In fact, I even contacted the author of the book and offered to rewrite it for free in a more accessible way.

That’s how important I feel it is.

It is called Non-Violent Communication. (Told you it was badly named. It’s the equivalent of calling cuddling Non-Murderous Touching.)

And no, Non-Violent Communication (or NVC) is not for violent criminals, people who need anger management, or pro wrestlers.

The central idea is that unbeknownst to us, there is a lot of violence in the way we communicate with others. And violence begets more violence. So when we speak to others in certain ways, not only do we not get heard, but we end up alienating others and ourselves.

NVC is not a technique for manipulating someone or getting your way, but for everyone to win, a way to make your life and the lives of those around you easier, better, and more positive.

When you use NVC, you will find that it works like magic. It has an incredible way of instantly defusing and ending a potential conflict with a partner, an ex, a friend, or someone at work. Like our no complaining and no criticizing challenges, it attracts others to you instead of driving them away. One of its premises, which took me a while to come to understand and which I will explain in a future post, is that no two people’s needs are ever in conflict.

(It can also be a great DHV to connect with someone on a date, and I’ll explain how to do that later as well.)

It is a language.

Jackal is anything spoken with the intention of blaming, judging, criticizing, insulting, demanding, comparing, labeling, or punishing someone else. Jackal statements tend to make others feel fear, guilt, shame, or anger. And people tend to respond with defensiveness, resentment, or a counter-attack of Jackals about you.

Any time you are telling someone what is wrong with them or judging them, you are speaking Jackal. Examples: “That was a stupid thing to do,” “you’re so lazy,” “that’s your own fault.”

Similarly, any time you are telling yourself what’s wrong with you, you are also speaking Jackal. Examples: “I’m so stupid,” “no one understands me,” “I feel so awkward right now.”

In fact, often, we even translate perfectly ordinary things other people are saying into Jackal: How many times has it happened when someone has said something completely neutral, yet you’ve perceived it as insulting, condescending, or passive aggressive behavior?

This is called listening with Jackal ears.

Jackal is the most hurtful language you don’t realize you’re using. Learn to stop it.

So your homework for now is to start recognizing your own jackal words and thoughts, and attempting to reduce them. And to really start thinking about what it would mean to live a jackal-free life.

But what’s going to replace the jackals? How are you going to communicate when you feel someone is doing something wrong or you’re upset at them?

There is a better way to do it. This is where NVC gets really exciting.

I will explain it and give you an exercise soon, when we deep dive into the step-by-step process that can help eliminate Jackals from your life, enhance the quality of your relationships, and completely transform your emotional well-being.

The best thing about NVC is it only takes one person to do it. The other person you’re talking to doesn’t even have to know about it.

So stay tuned and prepare to learn a massive short-cut to truth and connection.

P.S. Make sure to re-read this blog post closely, because if you don’t think the next 30 Day Challenge isn’t coming out of this, then you are sorely mistaken! It’s going to be starting a little bit late, but that’s because I want to make sure you’re all schooled in NVC first.

P.P.S. A disclaimer: I will be explaining NVC not by the book, but as I’ve interpreted it and in the way it’s offered the most value in my life. I hope it ends up helping you just as much!