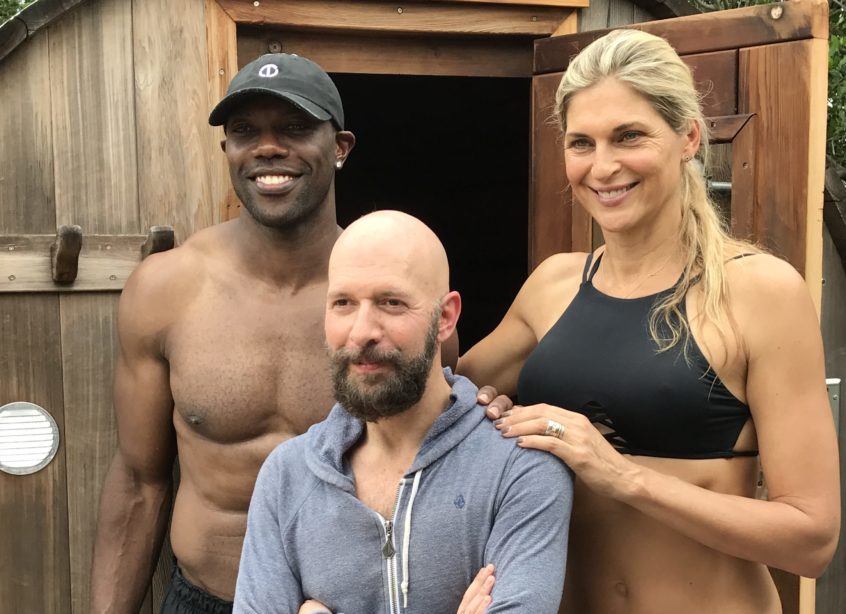 NFL legend Terrell Owens ranks in the top 3 of football’s all-time wide receiver records. But behind all the touchdown celebrations, animated press conferences, and playoff tears, there’s the story of an elite athlete who has been challenged by nearly everyone from childhood bullies to the sports media.

T.O. gets in the sauna with Gabby and Neil for a powerful, wide-ranging interview about being the kid least-likely-to-succeed as a teenager, what it takes to be great, dealing with negativity, the confidence paradox, the challenges of fame, and parenting. And of course, they talk about getting snubbed by the Pro Football Hall of Fame for the last two years–and how this is actually a good thing. Listen in as this emotional and powerful gladiator reflects on his incredible and often misunderstood career.

Former NFL Wide Receiver Terrell Owens is back in the Barrel for another intense episode. Joined by stem-cell research advocate, Kai Nygard, Terrell reveals some of the cutting-edge medicine practices he and Kai have been experimenting with, along with the best habits to adopt for maintaining a longer and healthier life. Find out why Terrell believes these practices are the future for athletes and injury recovery, how he is able to stay in the best shape of his life at age 43, his relationships with his teammates, his clothing line Prototype 81, and his reaction to being snubbed by the NFL Hall of Fame two years running.

@TerrellOwens shares his thoughts on bullies, stem cells, and the HOF on @TheTruthBarrel Podcast